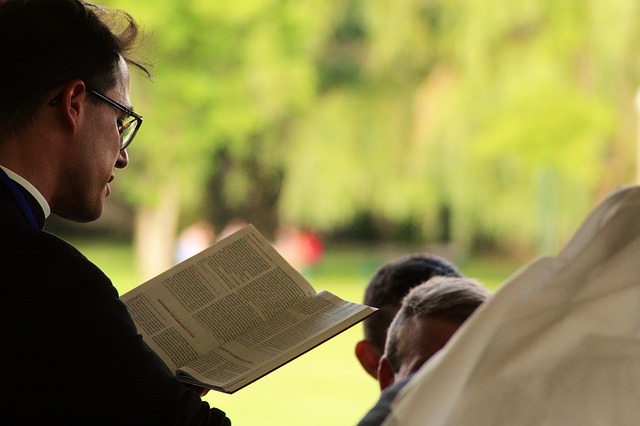 Among the greatest Godly leaders mentioned in the Bible are also the greatest failures as fathers. That seems like an impossible paradox. How can a man be great in his relationship with God while he is an utter failure in his home? But the mystery of truth is that such paradoxes do happen.

I haven’t taken a count yet, but it seems to me that there are more failed fathers and husbands among the Bible heroes than there are those who have successfully parented their children and happily spoused their wives.

The greatest failure as a father and a husband is one of the greatest men of God, David. Is there any other Godly man whose many sons, every one of them, turned out to be unGodly? The one seeming exception, Solomon, was an exception only in his younger days, for in his old age he too turned to idolatry. Worse, he fathered children who were even more profane than his brothers.

The second greatest failure as a father, among other Bible greats, is Samuel. This man is so great in God’s sight that he is one of the two persons (the other is Moses) given special mention by the Lord.

Then the Lord said to me, “Even if Moses and Samuel stood before Me, My mind would not be favorable toward this people”   Jer 15:1

Now it came to pass when Samuel was old that he made his sons judges over Israel. The name of his firstborn was Joel, and the name of his second, Abijah; they were judges in Beersheba. But his sons did not walk in his ways; they turned aside after dishonest gain, took bribes, and perverted justice. Then all the elders of Israel gathered together and came to Samuel at Ramah, and said to him, “Look, you are old, and your sons do not walk in your ways. Now make us a king to judge us like all the nations.”  1 Sam 8:1-5

The wickedness of Samuel’s sons was the direct cause for Israel’s desiring a human king and rejecting God as their king. Israel’s great King had been directly reigning over his people and administering his justice through human ‘judges’ he appointed in each generation. Samuel was the last judge of Israel, the last representative of Israel’s theocracy – the last one only because this great man of God did not have one righteous son to succeed him.

But the thing displeased Samuel when they said, “Give us a king to judge us.” So Samuel prayed to the Lord. And the Lord said to Samuel, “Heed the voice of the people in all that they say to you; for they have not rejected you, but they have rejected Me, that I should not reign over them”   1 Sam 8:6-7

Samuel’s childhood guardian, Eli, although not mentioned as a great servant of God, was nevertheless a priest and the judge of Israel prior to Samuel. His failure as a father caused the death of his two sons, which brought a tragic end to his own life.

Now the sons of Eli were corrupt; they did not know the Lord…Therefore the sin of the young men was very great before the Lord…Now Eli was very old; and he heard everything his sons did to all Israel, and how they lay with the women who assembled at the door of the tabernacle of meeting. So he said to them, “Why do you do such things? For I hear of your evil dealings from all the people. No, my sons! For it is not a good report that I hear. You make the Lord’s people transgress. If one man sins against another, God will judge him. But if a man sins against the Lord, who will intercede for him?” Nevertheless they did not heed the voice of their father, because the Lord desired to kill them…Then the Lord said to Samuel…In that day I will perform against Eli all that I have spoken concerning his house, from beginning to end. For I have told him that I will judge his house forever for the iniquity which he knows, because his sons made themselves vile, and he DID NOT restrain them…So the messenger answered and said, “Israel has fled before the Philistines, and there has been a great slaughter among the people. Also your two sons, Hophni and Phinehas, are dead; and the ark of God has been captured.” Then it happened, when he made mention of the ark of God, that Eli fell off the seat backward by the side of the gate; and his neck was broken and he died, for the man was old and heavy. And he had judged Israel forty years.’    1 Sam chapters 1-4. Emphasis mine.

Eli did admonish his sons now and then, but he did not do enough to restrain them. He totally failed in God’s sight as a parent.

As in ancient Israel, many leaders in God’s church in the present generation are so busily and faithfully engaged in doing the Lord’s work they don’t realize their home life is being seriously neglected.

Their children are being slowly lured away by the devil, their wives are secretly sorrowing. And someone or something will have to give way in the family lives of such leaders sooner or later.

In my native country, teeming with itinerant evangelists and local pastors, there is an impression in the general Christian community that many of them have children who are generally more wayward than children of parents not in the Lord’s work. Now this may not be a fair evaluation; perhaps only an infinitesimal fraction of church leaders may have begotten unruly offspring. But it certainly is a significant infinitesimal fraction. Just one pastor or priest failing as a father or a husband is sufficient for the devil to wreck much harm on the reputation of both his particular church and Christians in general in the eyes of the unbelieving public.

About three years ago I read of Benny Hinn’s divorce. A few months after his divorce, Benny Hinn said on his show ‘This is your Day’, that he was oftentimes ‘caught up with the ministry’ so much that he neglected his family. ‘I’ve made mistakes because I wasn’t the perfect husband and the perfect dad because I was always gone traveling the world,’ he remorsed. ‘That’s probably what broke the whole thing up.’

Hinn then told his viewers ‘not to neglect your family’, saying that the call of God should first touch the family.

Then recently I heard that the couple have been reconciled, and I heard Hinn declaring on his show: ‘I always thought that it was God first, then his ministry, and then my family. Now I realize that it is God first, my family second, and then God’s work’.

Benny Hinn is fortunate to have a reconciliation with his wife and the realization of the priorities in a minister’s life. But the tragedy is, too many other church leaders have not realized what Hinn had to discover painfully. Too many of them are unintentionally causing their children to turn to unrighteous ways. Too many of them are divorcing or having an unhappy marriage. I could give many examples, but don’t think that is necessary. You could easily have an idea of the scope of these sad realities in God’s church by an online search. But I wish to give one tragic example, just one that saddens me whenever I think of it.

It is the story of Jim Bakker and his wife, and their son.

Jim Bakker, as many of you may remember, was a famous televangelist in the 1970s and 80s. As has happened to many other faithful people of God, he once succumbed to the devil’s temptation, and his ministry and his reputation were totally destroyed. But worse, his family life was also splintered when his wife divorced him. God forgave his sins the moment he realized it and repented, which might have been immediately after his sinful act, or during his imprisonment. But he did repent.

‘My heart was crushed to think that I led so many people astray. I was appalled that I could have been so wrong, and I was deeply grateful that God had not struck me dead as a false prophet!’ said Jim in his 1996 book ‘I Was Wrong’.

But the public was not as quick to forgive him. And Jim faded from the annals of Christian evangelism. I did not hear of him again for a couple of decades, and then, a few years ago I read that he is back in the Lord’s service, full of the old gusto but with a new heart and a new zeal, and a new Jim Bakker Show – an hour-long daily broadcast that is aired throughout the United States, Canada, and other countries. I was happy for him.

Then, some months ago, I accidentally came across a video of a handsome young preacher and church leader. It was Jim Bakker’s son, Jay, co-founder of Revolution Church in New York City. Out of curiosity, I listened to his message…and I heard tragedy again. I heard him with my own ears declaring in his sermon: ‘I am pro-gay marriage. I don’t think it is a sin’.

Jim Bakker slipped once, repented, and now serves as a faithful minister of Christ. But the most tragic aspect of the story of his life is not related to his fall as a minister, but his failure as a father. His greatest sin may have been that he didn’t restrain his son from attitudes and ways that turned him into rejecting God’s Law relating to sexuality. Perhaps Jim may have restrained his son, I don’t know, but that didn’t prevent his offspring from not just condoning but actually promoting sin (by heading a ‘pro-gay’ ministry) in his congregation through his messages.

If a man desires to be a leader in Christ’s household, he should first prove his capability and earnestness to God by the way he rules his own household.

If anyone wants to provide leadership in the church, good! But there are preconditions: A leader must be well-thought-of, committed to his wife, cool and collected, accessible, and hospitable. He must know what he’s talking about, not be overfond of wine, not pushy but gentle, not thin-skinned, not money-hungry. He must rule his own household well, keeping his children under control, with true dignity, commanding their respect in every way and keeping them respectful. For if a man does not know how to rule his own household, how is he to take care of the church of God?’   1 Tm 3:1-3 The Message; 4-5 AMP

So, Christian worker – pastor, priest, preacher, evangelist, elder, deacon, Bible teacher, or a servant of Christ in some other field – how faithful have you been in the greatest aspect of the Lord’s ministry through you – bringing up your children in all Godliness and being a wonderful husband to the woman you married?

May the Lord direct your path into serving him both as a great servant of God and equally as a great father and husband.