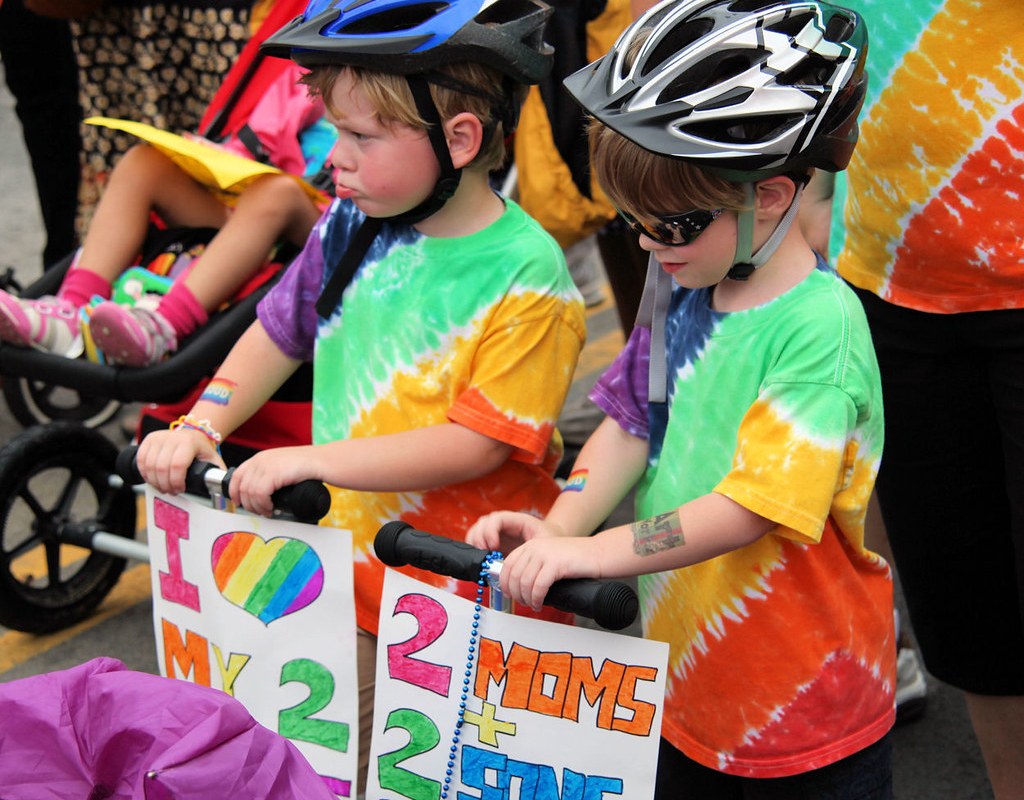 There are Christians who believe that no person is born gay, and that the environment, the influences in childhood, and other factors cause a child to identify his or her body with the gender of the opposite sex.

That’s what I too believed once. Until, after more than forty years of prayerful study of the Scriptures, I know now that this belief is only partially true. Circumstances, influences, and the environment do affect a child’s sexual identity, but only to a certain extent. The far greater cause of a child showing tendencies of the opposite sex is a living force in him or her.

Before I explain what that living force is, let us see what God says about a person who identifies himself or herself as the opposite gender.

A woman shall not wear anything that pertains to a man, nor shall a man put on a woman’s garment, for all who do so are an abomination to the Lord your God.   Deut 22:5

The Creator of the sexes gives no room for a man or a woman to claim they were born that way, with the inclination to act and dress like the opposite sex. They may be born with those tendencies, but that does not permit them to change their sexual identity.

Now let me tell you about that living force that is in a child who has gay tendencies.

If you believe the Bible, then you believe there is a spirit being called Satan. Under him are millions of fallen angels, called demons. Each demon has a rank and a certain level of authority. The various kinds of evil spirit forces mentioned in the Bible are called in the Greek language: arche (principalities), exousia (powers), kosmokratōr (rulers), kokhot ruchaniyim ra’im (spiritual hosts of wickedness). Eph 6:12

Just as Christ gave gifts of positions and responsibilities to man – some to be apostles, some prophets, some evangelists, and some pastors and teachers – Satan gave various positions of authority to his demons. He gave some power over various sicknesses, some over depression, some over sexual temptations, some over addictions, some over phobias, and so on. The great servant of God, Derek Prince, says in one of his books, there is even a demon of toothache!

Every principality has numerous demons serving under him, and they enter and affect the bodies and minds of vulnerable human beings around the world.

Have ye not known that the unrighteous the reign of God shall not inherit? be not led astray; neither whoremongers, nor idolaters, nor adulterers, nor effeminate [also means catamites], nor sodomites…  I Cor 6:9  YLT

Families who have not had the Godly legacy of grandparents and parents praying for the spiritual protection of their children are easy targets for various kinds of demons of homosexuality. When one of these demons enters a child and infuses gay feelings into him or her, the child begins to think and act accordingly. There is no outward cause, in the sight of the parent. The child ‘naturally’ feels such inclinations.

Such possession of an individual’s syche by a homosexual demon is not limited to children. In these end times, the gay demons are entering many people, who had not exhibited such tendencies in their earlier years. Year after year, you hear of more people, especially celebrities, ‘coming out’. This phenomenon is but the manifestation of the work of demons of homosexuality taking over their thoughts and feelings.

This possession by the demons happens to people who disdain God’s commandments, and therefore they are left with no divine protection against the evil forces entering them and transforming their attitudes.

For this reason God gave them up to vile passions. For even their women exchanged the natural use for what is against nature. Likewise also the men, leaving the natural use of the woman, burned in their lust for one another, men with men committing what is shameful, and receiving in themselves the penalty of their error which was due.   Rm 1:26-27

If God opens your eyes to the truth about homosexuality, as revealed in the Bible, then there are ways you can protect your child from such tendencies. And if your child already exhibits such feelings, there are definite steps you can take to save your little son or daughter from this deadly spiritual pandemic.

Here then are the steps you should take to keep your child safe from the demons of homosexuality:

Pray for your child’s sexual safety and purity every day. Also, regularly pray with your wife, or with your husband, for your son or daughter’s protection from this specific danger of the evil spirits.

Pray over your son or daughter, by placing your hand over es head, and declare God’s protection over em from demonic attacks.

Talk to your child, whenever he or she exhibits or talks in a way that reveals es gay tendencies, and tell em what’s really happening, but in a way e can understand at es age. Don’t talk about demons and sins, or you will frighten em and affect es syche badly. Just tell him or her there are thoughts and feelings which are not good if they are allowed to continue.

Don’t make em feel guilty. They are not responsible for causing such tendencies in themselves. This quality must be corrected in the same manner as you correct your child when e tells a lie or steals something.

Watch his or her influences in school and in the playground. Schools are increasingly encouraging a transgender policy. If your child has any friend with gay inclinations, it is a friendship and association that must end immediately.

Watch the media that e is exposed to. More and more films for kids are made with a transgender theme. Keep your child away from them like you keep em from the coronavirus.

There are other areas where you can act to keep your child safe from these demons of sexual perversion. Let your own wisdom and constant seeking of guidance from God lead you to the best course of action in keeping your precious son or daughter from becoming yet another victim of the gay invasion of homes, schools, media, and other aspects of modern society.

I pray that you, if you are a parent of a young child, will be blessed with the understanding and the wisdom to bring up your child in a wholesome and Godly way.