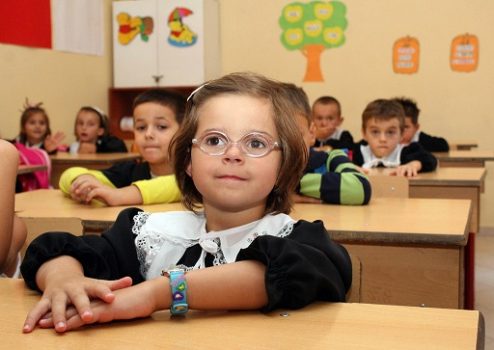 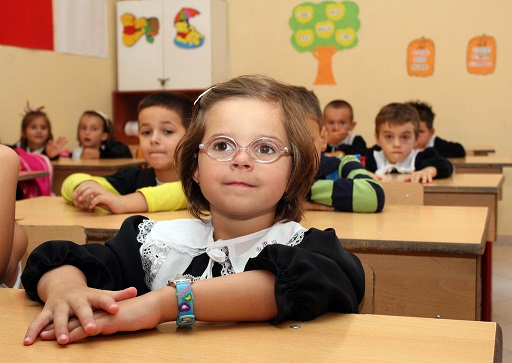 Among the most important of basic understandings that every Bible-believing person should have is the understanding of how Satan has infiltrated every system in human civilization. The most devastating of his influences have been in the world’s religious and political systems. The third system where the devil has succeeded most in infiltrating and influencing its every aspect is the world’s education system.

From the year a child starts school life, every aspect of the public education system is designed to impress upon es tender and impressionable mind that evolution is fact and that creation is a myth. This is the foundation on which all of the student’s future learnings will be based. The student leaves school with the concept of evolution deeply embedded in es mind as a fundamental fact of science. For es higher education and in es researches, e is subconsciously guided by the principles of what e has learned in science and sociology in school…unless, of course, the evil influence has been overcome by the teachings and constant guidance of Godly parents.

If there are schools with creation-based syllabus, then obviously that should be the first choice of Christian parents to send their little ones to. But such schools may be non-existent in your country, as they are in my country. And since the whole corporate world is geared to accommodate only those who have been educated in this word’s education system, God’s people must look for ways to counter the evil influences of the school’s syllabus and programs and to complement your child’s education with Godly training and tutelage at home.

The parent – and for practical reasons, this is usually the mother – should go through every textbook that her child is going to use at school. And wherever in the textbook evolution is taught directly or indirectly, she should mark those portions, and on the same days that the teacher takes those topics in class, the parent should re-teach them to her child, replacing fallacy with truth.

Hence, daily monitoring of what the child has learned in school is vital for es unlearning falsehood. Unlearning is supposedly ten times more difficult than learning something new. But if the unlearning and relearning can be done within the same day, the negative teachings can be erased before they take root in the child’s mind.

Guarding against the Satanic doctrine of evolution should be the first goal of parents who send their precious ones to the world’s institutions to acquire an education.

The second most dangerous evil that a child is exposed to in the school system is the influence of some of his or her classmates who may have acquired all kinds of unhealthy traits and attitudes, and whose beliefs may be pagan.

Just a few days ago, my granddaughter who is in Grade 1, came over to stay with us. I bought her some modeling clay, and she spent a happy time making various shapes. While on one of her models, she said something that shook me: ‘I am now going to make an idol’. I thought I heard wrongly, and asked her what she meant. ‘An idol, you know, like what people pray to’, she answered. She wanted to make a model of a potbellied pagan deity with an elephant head. That thought came to her mind as a result of the eclectic syllabus that emphasized the virtues of the major religions of the students of the school my granddaughter attends. It also came from her pagan classmates.

School is the first point of infestation of a young and innocent mind. One to three years of schooling, and the child left totally to the mercy of the school system becomes seriously infected with the world’s attitudes and perspectives. I got my elementary training in all the filth of the world at school and from my schoolmates, starting from around Grade 2, when a teeny classmate brought a pornographic picture and there was vying among the students to see it.

All parents should realize how intensively the education system has been formulated to lead the learner away from God and into the world’s ways. Almost everything about school life is meant to influence the child’s mind into a state that would make it difficult for him or her later to believe in God and in the Bible.

Even many of the so-called Christian schools (I attended such a school) have textbooks with evolution as a foundational subject. Where they do have creation-based teachings, then the danger may lie in co-students whose unhealthy influences could affect your child.

There is only one way to guard your child against all these dangers at school. Be daily vigilant of what is happening in every aspect of your child’s school life. Don’t wait for the child to tell you. No matter how busy you are, take extra efforts to be always aware of what’s going on daily in your child’s classroom and with his or her friends.

And, above all, pray fervently for God’s angels to constantly protect your child not only from physical dangers, but equally from the spiritual traps at school.