Understand what really happens to the syche of a man and his wife who watch a pornographic video together. 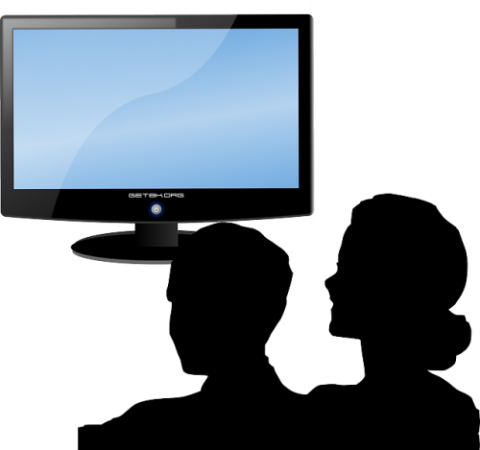 I wish this message was directed only to couples who do not know Christ and his teachings. But sadly, this message is meant for people who consider themselves Christians and who are confident their marriage is on the right track but who do not yet have the understanding of certain marriage-destroying acts that they may be practicing in their private lives.

I know Christian couples who have adult videos or literature stacked away in their closet. No, I did not go snooping into their closets to know this. They themselves have divulged this to me, or Christians who personally know such couples have mentioned it to me in their concern.

What exactly is the harm if married couples use a sex video to impassion their own feelings toward each other? They are not participating in any act of adultery, but using it to enhance their own marital life. In fact, that’s what many popular magazines, such as Cosmopolitan and Glamour, advise their readers. Here’s one such recommendation:

Yea, be daring and take the plunge into hellfire! For all who follow such advice, that is surely where they are going to finally land up in. I don’t mean the hellfire in the afterlife, I mean the consuming flames fanned by the devil in their married life.

If such counsel was found only in little dirty books sold in sex shops, it does little harm to decent people who don’t read such filthy stuff. But millions of decent people who call themselves ‘Christian’, read Cosmopolitan, Glamour, and hundreds of other such magazines you can easily find in supermarkets. Even a reputable family magazine such as ‘Good Housekeeping’ has its share of advice on this subject: Here is one of their announcements:

‘Relationships pros’, such as the ones mentioned above, get their PhDs from universities that have evolution as the foundation of all their teachings. Evolution teaches that marriage is an evolved form of the primeval mating behavior driven by an animal’s instinct for survival. That’s why when humans show animal behavior in their sexual life, these relationship pros do not look upon them as abominable acts, but as behaviors classified under medical nomenclature such as ‘sexual orientation disturbance’. But, to be fair to their species, even brutes are not disturbed by certain orientations that humans display, such as homosexuality.

The secular sex counselors practice their profession by this universal dictum:

‘There are no objective norms for human behavior to be found in nature. There are only man-made moral norms more or less widely accepted in society.’  Quote from Humboldt-Universitat zu Berline’s website, which is cited as “Worldwide, the best internet offer in sexual medicine” by the German Central Library of Medicine, Cologne

The only pros whose counsels you can trust are those who get their expertise from the very Authority that created the marriage institution itself. And this Authority already has a marriage manual that all couples can easily access in any language. It has counsels for every aspect of married life, and any couple who follows them need never watch a video or literature, or visit a sex counselor, to revive or pep up their sex life.

Now let me explain what really happens when a husband and his wife watch pornography together.

A couple who follows Christ and strives to live by his commandments in the Bible, will never think of prying through a telescope into the bedroom of a neighbor and watch their intimate acts. That, they know, is certainly sin (and in some lands, such as where I live now, even a crime that is prisonable). But watching a couple copulate in their bedroom on video or film is treated as a different matter – an entertainment for relaxation, or a stimulus for the viewers’ own connubial bliss. In God’s sight, there is absolutely no difference. No other eyes are allowed to watch your and your spouse’s bedroom life, and your eyes are not allowed to watch a person’s coitions with another, even if the bedroom performers are doing it for the whole world to lust along with them.

But that is only one aspect of the danger of watching pornography. The far greater danger is what happens to the syche of the viewers. When a husband watches another man performing sexual acts on a woman in the video or movie, he is actually subconsciously, and often consciously, doing the very act by proxy or as an avatar (if you have watched that movie…one of the very few, I think, that is safe to watch with your spouse).

Women may not realize what’s going on in their husband’s minds at such times, or else a sensible wife would never allow her husband even imaginatively to go into another woman. But listen, wives, every time a married man watches or reads pornography – on home video, in a theater, on his laptop, in the pages of a novel – he is committing adultery against his wife! Not intentionally, not knowingly, but that’s what he is doing in God’s sight, and the consequences of that adultery, perceived or not, will sooner or later wreck his relationship with his wife and tear their marriage apart.

A husband who watches sex acts in the various forms of media will, within a few years, begin to find his wife less alluring sexually. He will even begin to fantasize, while making love to her, that he is doing it with another woman he has seen elsewhere in the act. And then, the danger increases exponentially, and before he or she realizes it the marriage is tottering on the brinks.

As for the wife, I really do not know what goes on in the mind of the woman while she watches others perform sexual acts. My wife is not of much help, as she has never seen a single such video in her life, and I don’t have the guts to ask some of my old worldly friends to ask their wives. I just have to rely on the Holy Spirit himself. This is what I believe happens to wives who watch pornography with their husbands.

Their minds become saturated with filthy scenes, and these images recreate themselves in the mind of the affected woman over and over again…until the very thought of a sex act, even with her husband, becomes a disgusting consideration. Nevertheless, to avoid discord, she will continue to have him make love to her, but her disinclination will manifest more and more in her body language and attitude. Seeing the apparent ‘frigidity’ of his wife, the dissatisfied husband would seek other outlets for his sexual fantasies that are continually fed by an increasing addiction to pornography.

When a husband watches another man performing sexual acts on a woman in the video or movie, he is actually subconsciously, and often consciously, doing the very act by proxy or as an avatar.

‘Some may argue that sex is not everything in a relationship. Or is it? Although there are many important components that make a sentimental relationship successful, the sexual aspect of the relationship is a driving force that binds or separates couples…

‘Sexual dissatisfaction can be a predictor of infidelity. Moreover, studies have shown that sexual dissatisfaction is a common cause of divorce. Women and men have different views on the value of their sexuality within the context of the relationship. For women, intimacy and the emotional aspect of the relationship greatly impacts their sexual desire and enjoyment in a relationship. On the other hand, men use sex as a means to intimacy. Therefore, women need intimacy in order to have sex and men need sex in order to lead them to intimacy…

‘When sex loses its place in the relationship, men can take it personally. Men define their masculinity and self-worth by their ability to have sex. Therefore, in the absence of sex, men feel disconnected, which makes them ‘free agents’ in the market of love. Men who are dissatisfied with their sex lives are most likely to cheat than those who enjoy greater levels of sexual satisfaction within their relationships.

‘Women are not infallible to infidelity. On the contrary, sexual dissatisfaction in women can also lead them to infidelity. However, the formula for sexual dissatisfaction among women is different. A woman who does not feel emotionally connected to her partner is not able to enjoy her sexuality. Therefore, when a woman finds a “substitute” for her attention with whom she can make a connection and feel romanced, she becomes more vulnerable to infidelity.’   Dr Tanginika Cuascud – mamiverse.com

O married children of God, if any of you reading this message has been watching pornography with your spouse, or alone – even if it is very occasional – flee, flee from this deadly poison that Satan is injecting into your married life.

Repent, if you have succumbed to this trap of the devil, and cleanse your life and your home from every accursed pornographic object, and never allow any such abomination to enter your sacred marital premises again. And see how God begins to bless your relationship with your spouse in ways you could have never experienced before.

If you are among the blessed few who have not watched pornography, or have repented of watching them, praise God for keeping your marriage safe from the tempting wiles of Satan, the arch destroyer of marriages and the father of all divorces.

‘For you are a holy people to the Lord your God; the Lord your God has chosen you to be a people for Himself, a special treasure above all the peoples on the face of the earth…Then it shall come to pass, because you listen to these judgments, and keep and do them, that the Lord your God will keep with you the covenant and the mercy which He swore to your fathers. And He will love you and bless you and multiply you; He will also bless the fruit of your womb and the fruit of your land, your grain and your new wine and your oil, the increase of your cattle and the offspring of your flock, in the land of which He swore to your fathers to give you. You shall be blessed above all peoples; there shall not be a male or female barren among you or among your livestock…Nor shall you bring an abomination into your house, lest you be doomed to destruction like it. You shall utterly detest it and utterly abhor it, for it is an accursed thing.   Deut 7:6-26