You cannot change your husband or wife, but if you don’t give up on your spouse, you can eventually have a marriage happier than you ever dreamed of.

When a man meets a woman and falls in love with her, both lovers are immediately affected with a phenomenon called eye-glazing. Eye-glazing is the happy affliction of people whose eyes have been glossed over with a layer of amorous sheen and are therefore unable to behold the blemishes in their lover, but which defects are glaringly visible to a third person. The couple in love usually have their glazing fall off their eyes after a few years of living together.

In some cultures, the glaze wears off with such monotonous predictability that writers call the phenomenon ‘the seven years itch’. That is, in about seven years, a spouse’s faults reach such intolerable levels in the eyes of the other spouse that they mutually agree to stop glaring at each other and start casting glazy eyes once again elsewhere. If it is not seven years for lockhorn couples, then it could be 27 years, or more or less.

It is a tragic reflection of the general state of marriages today that even couples married for a quarter century could desert their spouse and cleave to a new partner. They leave and cleave again because they had suffered burnout with their old spouse.

If you are among those people of God who love their spouse but who at the same time are unhappy with him or her because of some deficient quality in es character, then take heart. You have not married the wrong person. The man who finds a wife, any wife, obtains favor from the Lord. Prov 18:22  God has allowed you to marry the person you are living with today because he knows that your present faulty spouse will one day be able to love you far more than your heart could ever desire or imagine today.

Some people are privileged to be married to spouses with few obvious faults. But most people get life-partners with several spiritual or emotional flaws. In every case, irrespective of the number or seriousness of a spouse’s shortcomings, the chances of a wretched divorce or the prospects for a supremely joyous marriage are the same.

It is not the good or bad qualities of a spouse that determines the longevity or degree of happiness in a marriage, but the forbearance that the other spouse continually adopts in response to the defective qualities of his or her partner.

If a wife finds that her once spotless beau has turned into a fumbling loveless brute, she has two choices before God. She may despise him and go through married life a disillusioned and miserable woman, or she may accept him for the person he innately is, and quietly endure his brutishness for the rest of her life.

If a husband finds that the angel he married has morphed over the years into a nagging hag, he too has the same two choices. He may turn bitter against the woman who now does not look upon him with any trace of the adoration she once had for him, or he may decide to accept his unhappiness in silence and uncomplainingly endure her hurting ways for the rest of his life.

Why should a person endure and continue to live with another person for life, when the second person has no love or respect for the first? Here’s why, as revealed in God’s Word:

Because the fault-driven spouse may have more faults than most other people, he or she is being molded by God eventually to love their spouse more than any other person could. Let me put that in another way. Because of the unfailing forgiveness a man shows his fault-ridden wife, or a wife her sinning husband, the forgiven person is being transformed into a wife or husband that will eventually love the forgiving spouse far more than e would have loved had e been without those initial faults or sins. This is an absolute cause and effect principle in all relationships.

Here’s a true illustration of how that cause and effect works:

‘Then one of the Pharisees asked Him to eat with him. And He went to the Pharisee’s house, and sat down to eat. And behold, a woman in the city who was a sinner, when she knew that Jesus sat at the table in the Pharisee’s house, brought an alabaster flask of fragrant oil, and stood at His feet behind Him weeping; and she began to wash His feet with her tears, and wiped them with the hair of her head; and she kissed His feet and anointed them with the fragrant oil. Now when the Pharisee who had invited Him saw this, he spoke to himself, saying, “This Man, if He were a prophet, would know who and what manner of woman this is who is touching Him, for she is a sinner.”

‘And Jesus answered and said to him, “Simon, I have something to say to you.”

“There was a certain creditor who had two debtors. One owed five hundred denarii, and the other fifty. And when they had nothing with which to repay, he freely forgave them both. Tell Me, therefore, which of them will love him more?”

‘Simon answered and said, “I suppose the one whom he forgave more.”

‘And He said to him, “You have rightly judged.” Then He turned to the woman and said to Simon, “Do you see this woman? I entered your house; you gave Me no water for My feet, but she has washed My feet with her tears and wiped them with the hair of her head. You gave Me no kiss, but this woman has not ceased to kiss My feet since the time I came in. You did not anoint My head with oil, but this woman has anointed My feet with fragrant oil. Therefore I say to you, her sins, which are many, are forgiven, for she loved much. But to whom little is forgiven, the same loves little.”   Luke 7:36-47

If you were given a spouse who had fewer faults than most other people, he or she may love you with all es heart and give you a lot of happiness. But es love will never be able to match the eventual love of a spouse who had greater faults and who was forgiven and endured more by es wife or husband.

Blessed are you today if you are gifted with a man or woman who loves you and respects you with all es heart. Even more blessed are you if you have been chosen to be the life-partner to a person who seems to have all the shortcomings in the world.That spouse is sooner or later going to love you and give you happiness beyond what you can humanly conceive today. The more you forgive him or her today, the more joy and thrills you are laying up for yourself in the coming years.

Not one act of forgiveness and endurance that you are sacrificing today will remain forgotten but will return to you in overflowing measure.

‘Give, and it will be given to you: good measure, pressed down, shaken together, and running over will be put into your bosom. For with the same measure that you use, it will be measured back to you.’   Luke 6:38

If you have a husband or wife who is giving you a lot of unhappiness today, but who is also willing to live with you as your spouse, then do not do anything that would cause a diminution of your present relationship. Remember the woman who loved Jesus more than other women because she was forgiven more. Envision the day when your present bumbling husband or grumbling wife is transformed by your continual forgiveness and patience into the most desirable spouse in the universe. Envision in faith, for the promises in the Bible are surer than the rising of the sun tomorrow.

‘Now to the married I command, yet not I but the Lord: A wife is not to depart from her husband…And a husband is not to divorce his wife…If any brother has a wife who does not believe, and she is willing to live with him, let him not divorce her. And a woman who has a husband who does not believe, if he is willing to live with her, let her not divorce him. For the unbelieving husband is sanctified by the wife, and the unbelieving wife is sanctified by the husband; otherwise your children would be unclean, but now they are holy…For how do you know, O wife, whether you will save your husband? Or how do you know, O husband, whether you will save your wife?’   1 Cor 7:10-16

How do you know, O husband, or, O wife? Because the Lord says so, as I have shown you from the Scripture. And because you know, you also know that your spouse with all his or her undesirable qualities today is sooner or later going to love you and honor you more than any other person you might have married had God allowed that. But he wanted you to marry this very same person because he wants the very best for you.

The Lord wants to give you the utmost happiness he possibly could in all his omnipotence as a loving Father, and that’s why he has given you this present person to you with all the blemishes included in his marriage gift package.

‘If you then, being evil, know how to give good gifts to your children, how much more will your Father who is in heaven give good things to those who ask Him! Therefore, whatever you want men to do to you, do also to them, for this is the Law and the Prophets.’   Mat 7:11-12

One day, possibly sooner than you expect, your spouse is going to be presented to you without a single fault in him or her, but with a character that is spotless and a love for you that surpasses your every imagination and dream.

‘Wives, submit to your own husbands, as to the Lord…Therefore, just as the church is subject to Christ, so let the wives be to their own husbands in everything. Husbands, love your wives, just as Christ also loved the church and gave Himself for her, that He might sanctify and cleanse her with the washing of water by the word, that He might present her to Himself a glorious church, not having spot or wrinkle or any such thing, but that she should be holy and without blemish. So husbands ought to love their own wives as their own bodies; he who loves his wife loves himself. For no one ever hated his own flesh, but nourishes and cherishes it, just as the Lord does the church.’   Eph 5:22-29

Have a blessed relationship, and look forward to far greater joys and thrills with your spouse one day in the future as you continue to show more forgiveness and more patient endurance in your marriage.

‘Now to Him Who, by (in consequence of) the [action of His] power that is at work within us, is able to [carry out His purpose and] do superabundantly, FAR OVER AND ABOVE all that we [dare] ask or think [infinitely beyond our highest prayers, desires, thoughts, hopes, or dreams]—To Him be glory in the church and in Christ Jesus throughout all generations forever and ever. Amen (so be it).’   Eph 3:20-21 AMP. Emphasis mine.

Punish the Guilty But Not Their Families Too 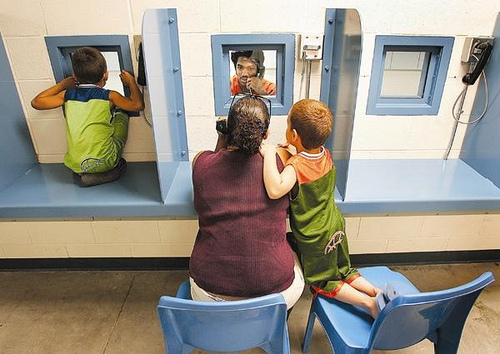 Show Mercy to Those You Are Keeping Behind Iron Bars

Prioritize Farming, Or Bring the World to the Edge of Starvation